Project co-financed by the European Union and the Republic of Croatia through the Rural Development Programme. 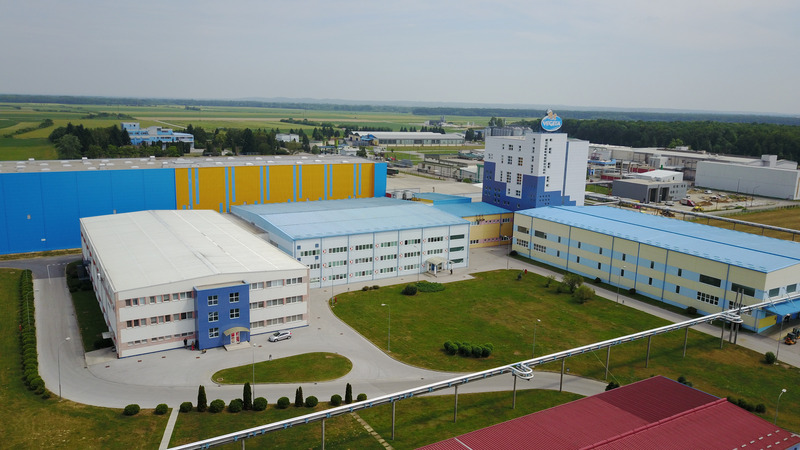 Podravka’s project to build this solar power plant, valued at HRK 10,328,114.53, received a grant in the amount of HRK 5,164,057.27 co-financed by the European Union and the Republic of Croatia from the Rural Development Programme. The grant was awarded by the Ministry of Agriculture pursuant to the Agency for Payments in Agriculture, Fisheries and Rural Development, and pursuant to Podravka’s application for implementation of the Sub-measure 4.2 “Support for investments in the processing, marketing and/or development of agricultural products” and implementation of operation type 4.2.2. “Use of renewable energy sources”. The expected period for return on investment with 50% support is 3.5 years.

The investment is valued at HRK 11.7 million, of which HRK 10.3 million pertains to the construction of the solar power plant, and HRK 1.4 to the development of the measurement facility and the necessary transformation station.

Podravka’s “Podravka – Danica” 2.4 MW solar power plant at the Danica Industrial zone in Koprivnica. The solar power plant has a photovoltaic module strength of 3059.76 kWp, and it will be installed on the roof of the factory for Children’s foods and cream spreads, on the factory for Oils and Vegeta, and on the factory for Danica sausages, and these plants will generate electricity for inhouse consumption. The expected annual production of this power plant is 3.2 MWh, and its construction and commissioning will result in significant savings of electricity costs from conventional sources used to power the Podravka plants. It will also have a positive impact on the environment, with the reduction in CO2 emissions.

The second part of this investment pertains to the construction of the measurement point and transformation station in the Danica industrial zone, via which the solar power plant will be connected to the HEP electrical energy grid. The total cost of this part of the investment, valued at HRK 1.4 million, will be fully financed by Podravka.

Podravka has always keep up with the times and led the way in setting positive business practices. In nurturing corporate social responsibility and abiding by the principles of sustainable development, the company continually considers different options of how to improve its approach to the environment, and to raise the efficacy of operations to a higher level.

The “Podravka – Danica” solar power plant is the first phase of the construction of integrated solar plants on the rooves of the Podravka factories in the Danica industrial zone. The company is currently considering the possibility of three potential phases to build integrated solar power plants on the Podravka and Belupo factories and warehouses, which would generate 9.9 MW of renewable energy.