Golden Keys for Podravka and Belupo 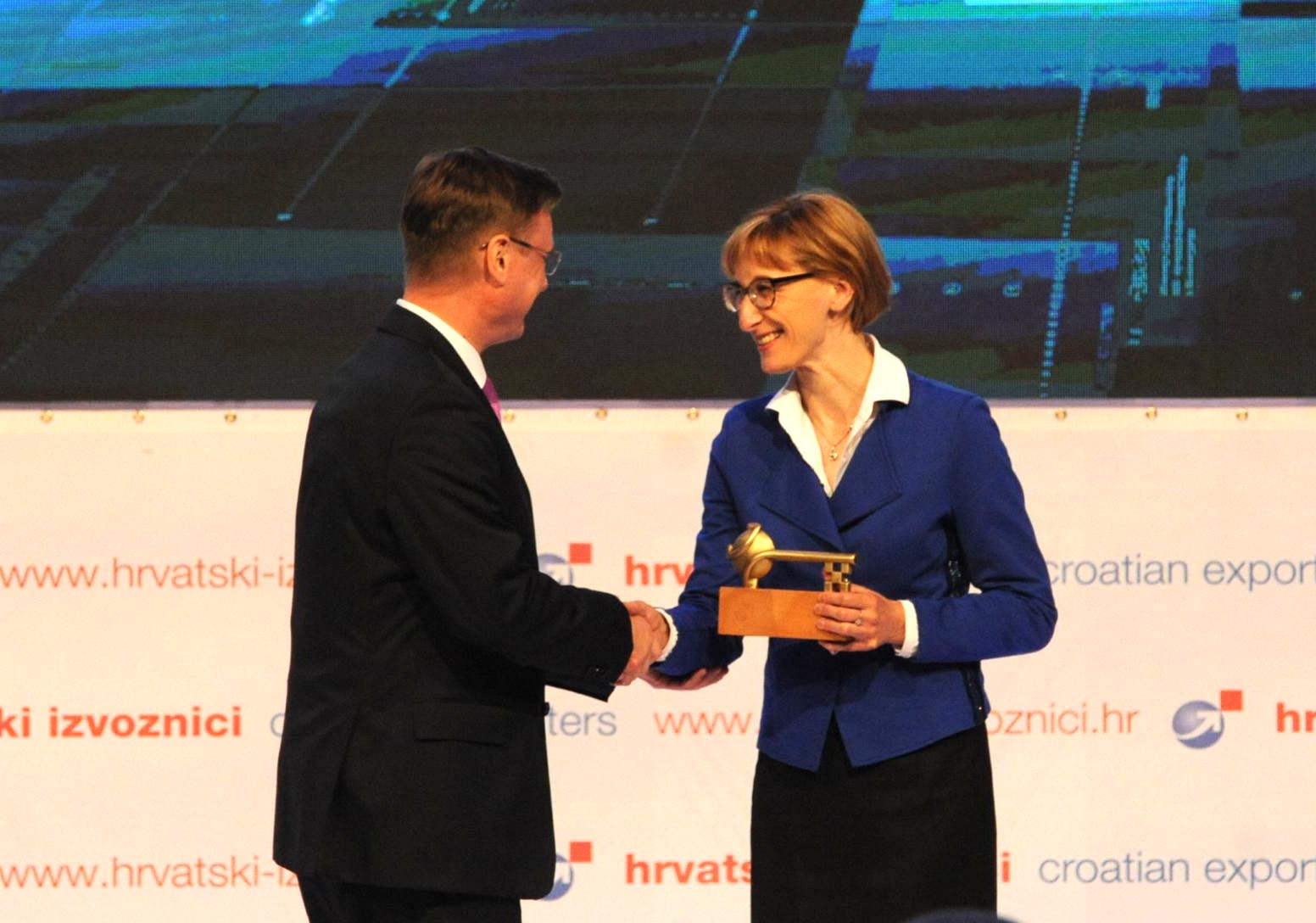 At the 14th Convention of the Croatian Exporters Association held on 5 June 2019 under the title “Role of Exports in the Contemporary Economic Policy”, Podravka was awarded the “Golden Key” Award as the best exporter to Bosnia and Herzegovina, while Belupo was awarded as the best exporter to the Russian Federation market in 2018. The Convention was organized under the auspices of the Croatian Government.

Companies nominated in the category of the best exporter to Bosnia and Herzegovina were Kraš and Našicecement, while Jadran Galenski laboratorij and Omco Croatia were nominated in the category for other European countries – best exporter to the Russian Federation in 2018. On behalf of both companies, the awards were received by Hrvoje Kolarić, Podravka Board member and Belupo Board president.

The meeting was addressed by Andrej Plenković, Croatian Prime Minister. “Every year, on events like this we can hear about positive advances in the Croatian economy in the preceding year. You have all contributed to the Croatian last year’s exports of EUR 14.5 billion. This is all in furtherance of our government’s vision to turn our development plans into reality. Our credit rating according to rating agencies has been restored to the investment level and the exporters know best how that is reflected on their competitiveness. This government has reversed the trends which were characteristic for the former period and our current budget is in surplus, affecting the increase in salaries and pensions. Since 2016, the GDP has grown by 9.6% and our GDP growth in the first quarter 2019 is the best in the EU. The public debt has been reduced to 89% of GDP, which means that our current growth is healthier than in the previous period”. He added that the pension and health system reforms follow along the same lines and mentioned the EU funds as a great incentive for domestic investments.

Accepting the “Golden Key” Award, the board member of Podravka and board president of Belupo noted that on the market of Bosnia and Herzegovina, Podravka sells almost 730 product units from its range, the bestseller being Chicken Soup 62 g. In 2018, more than 12 thousand tons of products were sold, and the total exports were HRK 260.3 million, which traditionally makes the market of Bosnia and Herzegovina one of the largest and most important export market. In 2018, Belupo had 16 percent growth of income compared to the year before on the Russian Federation market. We still expect growth of exports to the Russian Federation and our expectations are confirmed by the first quarter 2019 results” Hrvoje Kolarić concluded.